Kenya is truly a beautiful country. It tells a story of contrasting landscape, treasured wildlife, all year round sunshine and hospitable people. Kenya is blessed with diversity in wildlife including all the Big 5 animals and the annual great migration of wildebeests. This makes its one of the great places in the world to film wildlife. Kenya has 24 national parks, 15 national reserves, 6 marine parks and private conservancies. Best places to film wildlife in Kenya include;

Aberdare National Park is home to most of the larger mammals, including some black rhino. The park has endangered species including the rare bongo, giant forest hog, rare wild dogs and endemic mole rat and mole shrew. Other game includes leopards, several endemic bird species, reptiles and insects.

Mwea National Reserve is a savannah ecosystem home to Acacia and Baobab trees and a diversity of African wildlife including all the big 4 animals, it is a great place to film hippos in Kenya.

Ngare Ndare Forest has an interesting canopy walk and is home to the big five animals (buffalo, elephants, lions, leopards, and rhinos).

The western region of Kenya is best known for Lake Victoria, Africa’s largest lake and world’s second largest fresh lake. The densely populated Migingo Island is a small fishing village in Lake Victoria giving you an opportunity to film local communities living in harmony with wildlife

Maasai Mara National Reserve is home to Kenya’s best known cultural group the Maasai people, the ancestral inhabitants of the region. This reserve is best known as well for the great migration which happens every year from July to October including the circular movement of thousands of wildebeest, zebra, and Thomson’s gazelle travelling to and from the Serengeti National Park in Tanzania. Lions, leopards, and cheetahs lie in wait to hunt for food offering great documentary and filming opportunity of this unique wildlife experience event. 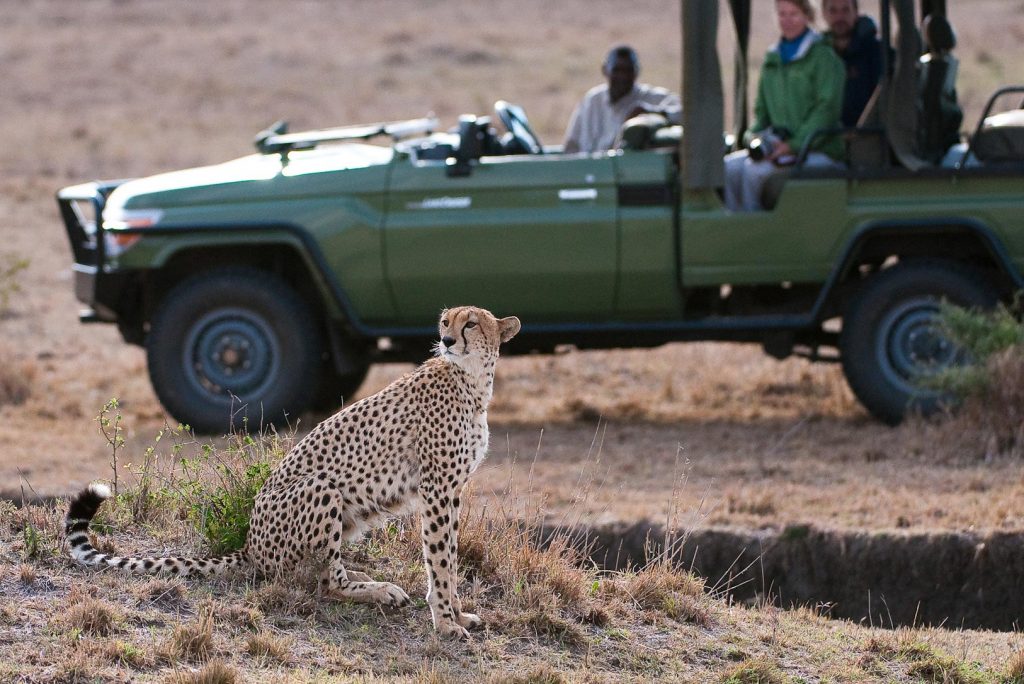 National parks and wildlife reserves to where to film wildlife in this region of Kenya include Samburu National Park, Kora National Park, Mwingi National Park, Buffalo Springs and Shaba National Reserves among others. Wildlife to film includes elephant, giraffe, leopard, zebra, and ostriches.

Tsavo East National Park and Tsavo West National Park are among the oldest and largest parks in Kenya, they are best known for its large herds of Elephants and other wildlife which include Leopards, Cheetahs, wild dog, buffaloes, rhinos, giraffes, zebras, lions, plains game, crocodiles, mongoose, hyrax, dik-dik, lesser kudu and porcupine. Filming in Tsavo National Park will give you an opportunity to explore both sides of the park, wildlife including all the Big 5 animal and Cheetahs, its pristine habitats including open plains alternating with savannah bush and semi-desert scrub and acacia woodlands providing you with great scenery to shoot.

East Africa’s busiest port, Mombasa is one of the best filming locations in Kenya giving you an opportunity to feature wildlife, culture, history, golf, water sports and beautiful world’s finest beaches. Wildlife Film locations of note in or near the city include Mombasa Marine National Park and Reserve, Shimba Hills National Reserve, and Nguuni Nature Sanctuary.

Requirements to film in wildlife in Kenya

You will need to get a filming permit from Kenya Film Commission for you to be allowed to film wildlife in Kenya. In order to obtain a Filming Permit, one must write a letter requesting for the permit and fill an application form which must be accompanied by a copy of the screenplay, a story synopsis and a shooting schedule. These should be sent to the Film Licensing Officer, Kenya Film Classification Board. Filming permit for features, documentaries, short films, music videos, corporate videos and commercials are issued within minutes of application. Applications for TV Series and full length feature films are processed in less than 48 hours of application. Contact us at Film crew fixers Uganda we will be able to help you process the filming permissions with the Local Authorities in Kenya.

Filming fees and costs to film in wildlife in Kenya

The following charges are applied for filming wildlife in Kenya’s National Parks:

Film Crew Fixers Uganda will help you organize transport for film crews to film wildlife in Kenya depending on their interest, budget and the nature of roads in such selected locations to film in the park. We recommend Customized 4×4 Land Cruisers which costs from USD200-250 per vehicle per day with Driver/Fixer or 4×4 Safari Vans from USD200 per Van per day with driver/Fixer. For us to estimate how much it will cost in terms of fuel, we will need to look at your filming schedule to establish mileage and distance to be travelled. We also organize both charter and schedule air transport for those that need to fly in order to reduce on the number of hours.

Accommodation options to stay in during filming range from Budget, mid-range to luxury options. You will choose what to stay in depending on your interests and budget. Contact us here for details.

What is the best time to film wildlife in Kenya?

Filming wildlife in Kenya is done throughout the year and the best time is during the months of December to February and then June to October which is relatively drier than March to May and November.

Why use Film crew fixers Uganda to film wildlife in Kenya

Film crew Fixers is a local fixer company based in Uganda, we assist filming companies and Production agencies in Uganda and East Africa as a whole for the last 8 years. Are you a media company, brand and agency or production company looking for filming or photography production support or shooting wildlife in Kenya, we handle all fixer services required with our professional team of local fixers and driver guides. We have all relevant connections with other service providers and government agencies to make sure that accreditation and filming permits are processed in the shortest time possible. Contact us for details and all relevant information you would like to know for successful filming of wildlife in Kenya.